Could astrology boost your chances of falling pregnant?

When will I fall pregnant? Can astrology increase my chances of having a baby?

Next to love, falling pregnant is a topic that is the most emotional, filled with joy and heartbreak. There are definitely transits and progressions that point to times when you are more likely to become pregnant looking from the astrological point of view. Many women have not yet thought of astrology as a way to boost the chances of falling pregnant. There are some cautions to consider.

If you’re experiencing issues with your fertility, we strongly recommend that your primary source of assistance comes from a doctor. Further, a transit or progression which encourages pregnancy will work only if you’re able to get pregnant. These influences don’t cause pregnancy, they just amplify the natal potential.

However, astrology is worth looking into for everyone to know their chances of having a child. Most women observe their cycles and know that mid-cycle or biological ovulation is the best time to fall pregnant.

What they don’t know is that the moon can trigger ovulation and bring on fertility at any time during the menstrual cycle, also during your periods. It depends on what phase the moon was at when you were born according to Dr. Eugen Jonas. This is your individual fertile AstroSecret Lunar Day and you can try it out in our AstroSecret app (Natural pregnancy planning tool).

There are many more aspects that influence your pregnancy from an astrological point of view, let’s continue. 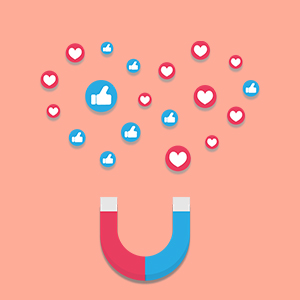 Pregnancy encouraging energies are most often triggered by Jupiter (expansion) and Venus (what you want). By progression, transit or solar arc, these two planets aspecting your natal chart are strongly emphasised in pregnancy. If there is an unexpected pregnancy, or assistance from medical technology (In vitro fertilization), aspects from transiting or progressed Uranus are frequently seen. There are also times when transiting or progressed Pluto is in the mix, meaning the complete transformation that pregnancy brings.

Transiting, progressed or solar arc Saturn (limits) and Mars (energy) are forming hard aspects to your natal chart and can in times, but not always, mean barriers or disruption to a pregnancy. Astrological influences can be characterized as a weighting system – the more positive transits and progressions are in your chart at one time, the greater the possibility of the desired event happening. Sometimes the positive influences are strong enough and can lessen the negative ones. 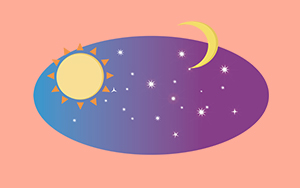 Influence from Moon, Sun and 5th House – how these factors could boost the chances of falling pregnant?

The Moon and the Sun

There is no mystery in the fact that the Moon is associated with motherhood and female cycles. That is why it’s usually emphasized during times of pregnancy. Slower transits from the outer planets (Saturn, Jupiter, Uranus, Neptune, Pluto) to your natal and/or progressed Moon can have a significant impact. Solar Arc Venus conjuncting your natal Moon is encouraging, but a simultaneous square from transiting Saturn can suggest challenges along the way.

The 5th House represents what you create, therefore it is associated with children. The progressed Moon (evolving needs) moving through this particular house can announce a time when pregnancy is more likely. It oftentimes shows when you are trying to get pregnant, meaning that your evolving needs are focused on children. This doesn’t mean that if the Moon is no in the 5th House the pregnancy won’t happen. This is a favorable aspect. Sometimes the transiting North Node moving through the 5th can be a time of conception, as the North Node guides to the future. One more positive factor is a transiting Jupiter through the 5th House.

There have to be more than one positive transit or progression, therefore we also look for encouraging things happening with the ruler of the 5th House (the planet that rules the 5th House cusp). It could be a trine from transiting Jupiter or conjunction from progressed Venus. If any natal planet is in the 5th House, transits and progressions to them are going to be very significant. Don’t worry if you have no natal 5th House planets, there are other aspects to take in consideration. A lack of planets in the 5th House says absolutely nothing about your fertility.

Positive aspects of your astrological chart for pregnancy

Let’s explore even more. It is also important to look for aspects to the natal or progressed Sun (life’s purpose) in any house (although the Moon has the highest importance). Solar Arc or progressed Sun conjuncting natal Venus (or the opposite) indicates the moment when your purpose (Sun) unites with what you desire (Venus). It also indicates a union of male (Sun) and female (Venus) energies. Most importantly, it’s helpful to have multiple, positive influences happening at the same time. If for example, Venus is conjuncting your natal 5th House Sun and your natal Moon is being trined by transiting Jupiter, and your progressed Moon is being hit by a conjunction from transiting Pluto… there is a lot of energy in favor of a pregnancy!

Please know that this article only scratches the facade concerning pregnancy indicators. The astrological prediction of fertility is a broad and complicated topic that includes the entire chart, as well as the natal potential to conceive (or blocks to it).

Thankfully, we have made it so much easier for you. You don’t have to look far as all these aspects and more have been taken into account in our unique AstroSecret app – the perfect tool for natural pregnancy planning that shows individual fertility calendar.

Check it out in Google Play or App Store.